Are these thoughts Pure OCD or is it anxiety? 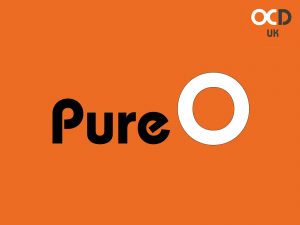 Purely Obsessional OCD, also known as pure OCD in which client mostly have obsessive thought without any apparent compulsions. In pure OCD, instead of having compulsions people have repetitive mental rituals to minimize their stress. This can include trying to distract themselves from these thoughts or not trying to think about these thoughts.

Pure OCD can vary from client to client. Some clients have pure OCD regarding sexuality, relationships, violence, romance or faith.

Sometimes clients with OCD have a difficult time differentiating between pure OCD thoughts and general anxiety.
It is also important for clinicians who work with OCD clients to know the difference between these two kind of thoughts.
Our anxiety attaches itself to different things. So some one who is having anxious thoughts might go from worrying about losing their job to worrying about their health and family and so on. Worrying thoughts are usually “what if” thoughts about things that might happen in the future. Problem with these type of thoughts is that there is really not much we can do about them since whatever we worry about has not happened yet and there is not much that we can do about them in the present moment. Most people with anxiety have what we call anticipation anxiety. It is very ironic that in really stressful times, people who are usually anxious can often calm themselves down and deal with the situation that they are facing.

On the other hand, people who have pure OCD are usually worried about the same thoughts. For example people who have relationship OCD keep worrying about intrusive thoughts regarding their partner over and over and get bombarded with these thoughts. That is not to say that people with OCD can not have issues with their relationships. the way you can differentiate between these two kind of thoughts  is by asking clients regarding their worrying thoughts. if the client tell you that there are not sure why they are getting bombarded with these thoughts then it is often the OCD that has taken over.

issue with OCD is that when the clinician try to make sense of what is happening to the client and psycho analyze the client, client often start feeling worse. People who have OCD have what we call thought fusion, meaning that when they think of a something then they become anxious that it is really happening.

So how do you deal with these obsessive thoughts? Well there is nothing that we can do about thoughts and about the thoughts coming to our mind. Try not thinking of a white elephant. Well the first thing that you can think about is a white elephant. Not try to get ride of that thought. Well this is the issue that people with OCD have.

Trying not to think of a thought only makes it worse. If you try to suppress your thoughts they will reappear again. Have you tried putting a beach ball under water? The key to dealing with OCD is not giving the thoughts any importance. not trying to get ride of them judge them or want them to go away. In fact if you try to reason with your thoughts then you will start questioning your reasoning. Most people are able to let go of the first thought they have but often have trouble with the thought that start questioning them and asking them if they are sure of what they are thinking. it is at this point that people start arguing with their thoughts again and get sucked in to the cycle of OCD.